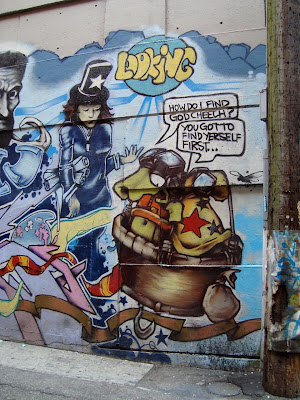 (Sent by a friend currently in Vancouver)

Posted by Muchacho Enfermo at 12:05 AM 5 comments: 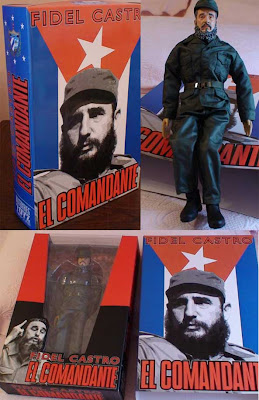 Just when you thought this crazy world couldn't get any crazier... I was browsing through stuff on Ebay as I often do when I'm bored it's 1am and I came across the toy pictured above.

So bust out your CUCs or in the case your US Dollars and place a big on this amazing 12 inch replica of the "Bearded One", your pal and mine Fidel Castro. I don't know what's next Pinochet and Pol Pot dolls? Well I looked around and didn't find any, but surprise I did find a Che action figure complete with murderous stare. 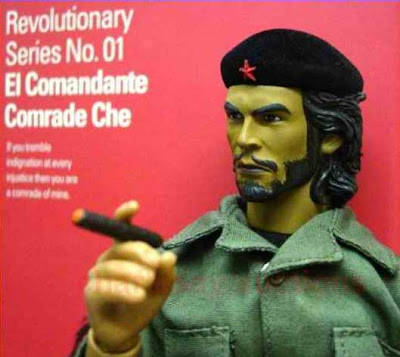 A little more digging and I found a Stalin toy soldier.

It makes me wonder, because if people actually manufacture these, it must mean there's a market out there for toys that depict murderous communist bastards out there. What kind of people actually buy these things? I mean when I was a kid we had Darth Vader and Cobra Commander and Megatron and My Little Pony, but these guys were all made up and aren't actually responsible for the death of thousands of innocent people.

One thing's for sure: my future kids will never EVER be playing with a Che or a Fidel doll unless they plan on burying it deep in the ground where no one will ever ever find it again. That's just my opinion...

Posted by Muchacho Enfermo at 7:29 AM 3 comments:

A New York court today ordered Google to reveal the identity of a blogger, following a lawsuit brought forth by a Canadian model. The lawsuit claimed that she could not sue the blogger for defamation and damaging comments if she didn't know the identity of the blogger responsible for the damaging posts.

Google issued this statement in regards to the judgment: “We sympathize with anyone who may be the victim of cyberbullying. We also take great care to respect privacy concerns and will only provide information about a user in response to a subpoena or other court order. If content is found by a court to be defamatory, we will of course remove it immediately.”

So this tells me Google is reticent to rat us out; but still in the end, they like us, are subject to the rules of the courts.

If courts start handing out judgments of this kind who's to say that politicians, foreign nations or anybody with a little bit of a reason can't file the same complaint and have my identity revealed?

While this isn't exactly a landmark judgment it certainly sets a dangerous precedent for those of us who use this platform to express our opinions and beliefs that are not always in line with the mainstream. On the other hand, victims of cyberbullying should be allowed to face their bullies and have their day in court.

Either way, this judgment scares me a little.

(quote from the Globe and Mail)

Posted by Muchacho Enfermo at 10:19 PM No comments:

The True Price of the Afghan Election

With the Afghan election around the corner a bunch of articles have been popping up just about everywhere online as well as in printed papers about the fear that people have in regards to the vote, the violence leading up to the vote, the potential violence on voting day and most of all the corruption that will most likely plague this election.

The Globe and Mail had one on this very subject, trying to weigh the amount of corruption or what was already being faced as far as vote buying and whatnot. There was an interesting sentence in the article: "The discussion among analysts, both Afghan and Western, revolves around “acceptable levels” of voting irregularities..." The article goes on to talk about bribes and vote buying by Karzai who is running for reelection and the same things being done by the opposition leaders.

Some Afghan citizens were even quoted in the article saying that they might fear the police even more than they fear the Taliban. A shop keeper said that he had turned down bribes and offers of lavish meals by the Karzai family and in the face of bribes and intimidation says he still plans to vote for the opposition.

One important thing that the international community, who is footing the bill for this election to the tune of 250,000,000$, must remember is that Karzai is the one who played behind our backs and passed the infamous "rape law" and promised to revise it but has left us holding our collective breath, the same Karzai whose brother is playing middle man with the Taliban. Not only are we paying for this election with our money, but we've paid for it in blood with the lives of our young men and women, dozens of whom have not returned home to their families and friends.

So what is acceptable corruption? The Globe asked the question but didn't get an answer... I don't think I will find one either. I mean let's just face the facts: in a country where most of the people can't reach polling stations, where registered voters have the names of American pop stars, where husbands are legally allowed to rape their wives and people are afraid of the police; the country seems corrupt enough without us asking the question: how much corruption is acceptable?

I hope the people of Afghanistan have a better shot at democracy and freedom of choice that I think they will. Because a lot of Canadians don't even bother voting but for some reason those same Canadians are willing to give up their sons and daughters for the right to vote of the Afghan people. That my friends, is the price true price of an election.

Posted by Muchacho Enfermo at 11:03 PM No comments: